I was sent to draw at the Paris couture in July 1996, more or less on the whim of the then Art Editor of How To Spend It magazine, Tomasso Capuano. I had been working with him for a while and he was interested to see what I would make of the rarefied world of high fashion.

I was surprised (to say the least) as I had never seen a fashion show – much less a couture show – and certainly didn’t consider myself a fashion illustrator. But I was becoming increasingly frustrated with the jobs I was being offered; a trip to Paris on someone else’s money sounded good to me and I leapt at the chance. It was like entering Narnia.

My first assignment was drawing the Valentino fittings at The Ritz hotel. Mr Valentino was there, his partner Mr Giammetti and a half-dozen pugs. They were draping the model Amber Valletta in something that looked like liquid gold. That evening, still at The Ritz, I saw my first show, Versace. It was the swansong of the supermodel era and Kate Moss, Linda Evangelista and Naomi Campbell stormed the catwalk, side by side. I was gone. Since then, every January and July, I have taken my seat at couture and revelled in the inspired lunacy and love that underpin fashion’s ultimate spectator sport. 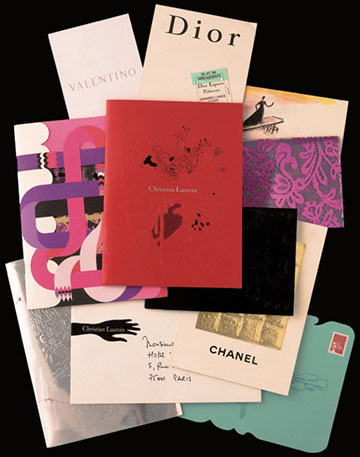